The contemporary development and use of technology have changed our life forever, a new interconnected space called cyberspace has taken over the traditional way of living on a worldwide platform, unlike any other platform it brought its own issues of concern, moreover, the global character of this technology made it complicated to address especially when the Human Rights issues are concerned. Human Rights is guaranteed in all spare of life and the web world is not an exception, so many legal instruments can be mentioned in this regard but a specific one should be more fruitful to understand; Civil and Political Right (Right to Privacy, Expression etc.) from the individual aspect.

UN Human Rights Council has stated that Article 19(2) of ICCPR where freedom of expression and information is articulated, also includes the right to information and communication (to be protected) through the internet not to mentioned other civil and political rights are also included can be interpreted and implemented via law but how effective that would be, remains under question.

In this circumstance, new questions are arising, with time world community is facing new ways of approach by the state authorities though we are trying to address the issues, the unique nature and evergrowing ideas are always tough to coup with, in this borderless virtual world. Therefore one unique challenge is jurisdiction, which also comes into the concern with freedom of expression, privacy, discrimination etc.

That is why it is often in the news that government is trying to control the behavior of individuals, collect their data, analyze, classify etc. This simple steps could have a far-reaching consequence in real life, for example, the government could use this data to predict the future, try to control the mind of the user subconsciously without their consent, which is known as “Nudging” and considered more effective and deadly for the subject (individual) which can be considered to cultural aggression in a more sublime way. 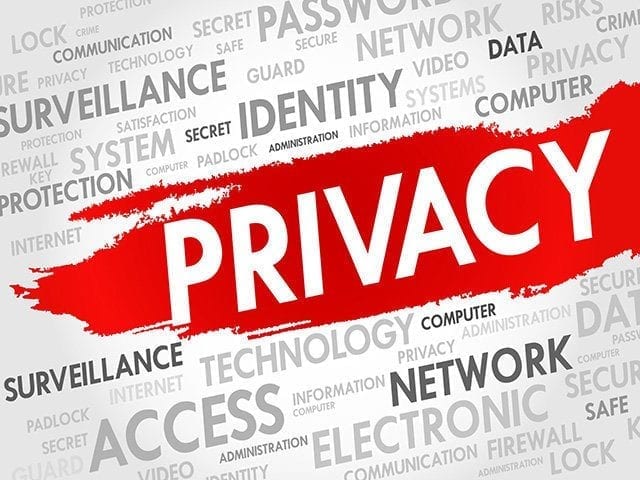 Often the question arises that whether Human Right should allow people to deceive individuals? The answer is a simple one, No, It is not and should not consider as deception rather it must be kept in mind that, every individual has his right how he wants to present himself and not to be presented in a way that may heart his interest or harm him. This is a right of individual of his reputation and intangible property has entailed with the development of the society which has very well-articulated by Mr. Warren and D. Brandeis in their article “Right to Privacy” for the first time. Later this concept turns into principle and now we see a very widespread use of it. In our constitution, the same idea is reflected in Article 32 & 39 which dealt with Protection of the right to life and personal liberty & Freedom of thought and conscience and of speech, accordingly.

As cyberspace is borderless a new concept of “Universal Individual Privacy” has emerged to meet the demand of the necessity. Having new issues like this the world community tried to address this issues with some remarkable initiative. A data protection directive (95/96/EC) has been adopted by EU in 1995 which prohibits the state from targeting, data collection, analysation, shortlisting or discrimination without prior permission and also ensure various other benefits and rights to the individuals (subject).

Another remarkable effort should be mentioned; The Convention on Cybercrime (ETS-185) also known as Budapest convention in 2001. This Convention criminalised certain action or omission and tried to bring the countries under one umbrella to solve various existing challenges. More specifically they deal with Cybercrime, computer-related fraud, hate crime, network security, copyright issues etc. the main success is that the Convention tried to figure out a collective working procedure with jurisdictional and other issues with a collaboration of most of the technologically advanced countries which include 56 signatories worldwide, though the initiative has taken by the European Union.

These initiatives are wonderful approach to address and ensure the Human Rights issues but the problem is these conventions are less global in nature, therefore, less effective to the world community as a whole. A more common but non-binding guideline is there named UNCITRAL Model Law on Electronic Commerce (1996) that is more to set a universal structure to protect economic rights rather grievous human rights issues.

Though we can interpret most of the existing laws to ensure Human Rights issues contrarily reality suggests that we are still far from a total protection under the law and that would be a daydream if we expect it very soon.

Not only individuals but also corporations or even state can be compromised if we do not take the challenge of development seriously and fail to properly comply or regulate them. It is very alarming that countries like Bangladesh are reluctant to put effort on the technological development nor they wish to regulate them properly.