Patents and laws of Bangladesh

The word patent originates from the Latin patere, which means “to lay open” (i.e., to make available for public inspection). More directly, it is a shortened version of the term letters patent, which was a royal decree granting exclusive rights to a person, predating the modern patent system.

A patent is a set of exclusive rights granted by a sovereign state to an inventor or assignee for a limited period of time in exchange for detailed public disclosure of an invention. An invention is a solution to a specific technological problem and is a product or a process.

The procedure for granting patents, requirements placed on the patentee, and the extent of the exclusive rights vary widely between countries according to national laws and international agreements. Typically, however, a granted patent application must include one or more claims that define the invention. A patent may include many claims, each of which defines a specific property right. These claims must meet relevant patentability requirements, such as novelty, usefulness, and non-obviousness. The exclusive right granted to a patentee in most countries is the right to prevent others, or at least to try to prevent others, from commercially making, using, selling, importing, or distributing a patented invention without permission.

Under the World Trade Organization’s (WTO) Agreement on Trade-Related Aspects of Intellectual Property Rights, patents should be available in WTO member states for any invention, in all fields of technology, and the term of protection available should be a minimum of twenty years. Nevertheless, there are variations on what is patentable subject matter from country to country.

Patents were systematically granted in Venice as of 1450, where they issued a decree by which new and inventive devices had to be communicated to the Republic in order to obtain legal protection against potential infringers. The period of protection was 10 years. These were mostly in the field of glass making. As Venetians emigrated, they sought similar patent protection in their new homes. This led to the diffusion of patent systems to other countries.

The English patent system evolved from its early medieval origins into the first modern patent system that recognised intellectual property in order to stimulate invention; this was the crucial legal foundation upon which the Industrial Revolution could emerge and flourish. By the 16th century, the English Crown would habitually abuse the granting of letters patent for monopolies. After public outcry, King James I of England (VI of Scotland) was forced to revoke all existing monopolies and declare that they were only to be used for “projects of new invention”. This was incorporated into the Statute of Monopolies (1624) in which Parliament restricted the Crown’s power explicitly so that the King could only issue letters patent to the inventors or introducers of original inventions for a fixed number of years. The Statute became the foundation for later developments in patent law in England and elsewhere.

James Puckle’s 1718 early auto cannon was one of the first inventions required to provide a specification for a patent.

Important developments in patent law emerged during the 18th century through a slow process of judicial interpretation of the law. During the reign of Queen Anne, patent applications were required to supply a complete specification of the principles of operation of the invention for public access. Legal battles around the 1796 patent taken out by James Watt for his steam engine, established the principles that patents could be issued for improvements of an already existing machine and that ideas or principles without the specific practical application could also legally be patented. Influenced by the philosophy of John Locke, the granting of patents began to be viewed as a form of intellectual property right, rather than simply the obtaining of economic privilege.

The English legal system became the foundation for patent law in countries with a common law heritage, including the United States, New Zealand and Australia. In the Thirteen Colonies, inventors could obtain patents through petition to a given colony’s legislature. In 1641, Samuel Winslow was granted the first patent in North America by the Massachusetts General Court for a new process for making salt.

A patent, being an exclusionary right, does not necessarily give the patent owner the right to exploit the invention subject to the patent. For example, many inventions are improvements of prior inventions that may still be covered by someone else’s patent. If an inventor obtains a patent on improvements to an existing invention which is still under patent, they can only legally use the improved invention if the patent holder of the original invention gives permission, which they may refuse.

The first Patent Act of the U.S. Congress was passed on April 10, 1790, titled “An Act to promote the progress of useful Arts”. The first patent was granted on July 31, 1790 to Samuel Hopkins for a method of producing potash (potassium carbonate).

Patent infringement occurs when a third party, without authorization from the patentee, makes, uses, or sells a patented invention. Patents, however, are enforced on a nation by nation basis. The making of an item in China, for example, that would infringe a Bangladeshi patent, would not constitute infringement under Bangladesh patent law unless the item were imported into Bangladesh.

Patents can generally only be enforced through civil lawsuits (for example, for a Bangladeshi patent, by an action for patent infringement in a District Court), although some countries (such as France and Austria) have criminal penalties for wanton infringement. Typically, the patent owner seeks monetary compensation for past infringement, and seeks an injunction that prohibits the defendant from engaging in future acts of infringement. To prove infringement, the patent owner must establish that the accused infringer practises all the requirements of at least one of the claims of the patent. (In many jurisdictions the scope of the patent may not be limited to what is literally stated in the claims, for example, due to the doctrine of equivalents).

In most countries, both natural persons and corporate entities may apply for a patent. In the United States, however, only the inventor(s) may apply for a patent although it may be assigned to a corporate entity subsequently and inventors may be required to assign inventions to their employers under an employment contract. In most European countries, ownership of an invention may pass from the inventor to their employer by rule of law if the invention was made in the course of the inventor’s normal or specifically assigned employment duties, where an invention might reasonably be expected to result from carrying out those duties, or if the inventor had a special obligation to further the interests of the employer’s company.

There is a trend towards global harmonization of patent laws, with the World Trade Organization (WTO) being particularly active in this area. The TRIPs Agreement has been largely successful in providing a forum for nations to agree on an aligned set of patent laws. Conformity with the TRIPs agreement is a requirement of admission to the WTO and so compliance is seen by many nations as important. This has also led to many developing nations, which may historically have developed different laws to aid their development, enforcing patents laws in line with global practice. 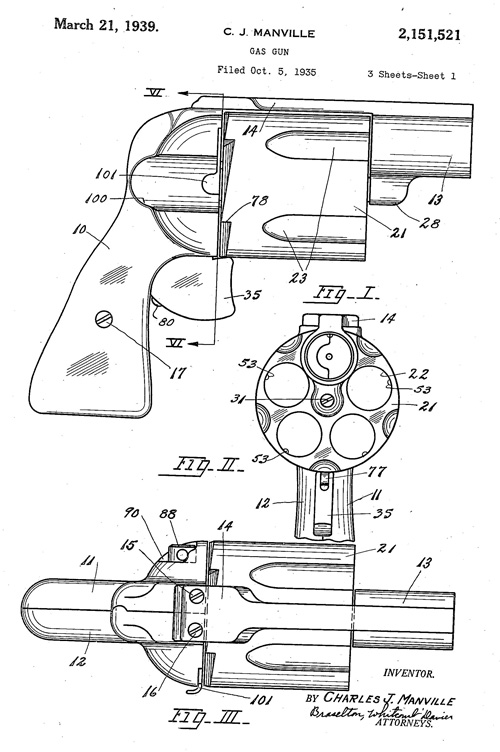 Once granted the patent is subject in most countries to renewal fees to keep the patent in force. These fees are generally payable on a yearly basis. Some countries or regional patent offices (e.g. the European Patent Office) also require annual renewal fees to be paid for a patent application before it is granted.

The law of patent in Bangladesh is found in the Patents and Designs Act, 1911 (“the PDA”) and the Patent and Design Rules, 1933. The PDA codified the common law relating to patent prevailing at that time. The salient features of the Patent Act are as follows:

(a) the subject matter of a patent should be a “manner of new manufacture;

(b) the inventor or his legal representative or his assignee should be a party to the application for a patent;

(c) the application for a patent may be made along with either a Provisional Specification or a Complete Specification;

(d) every application in respect of which a Complete Specification has been filed is examined before it is finally accepted;

(f) the grant of a patent on an application may be opposed by any person within 4 months from the date of the advertisement of its acceptance;

(g) every patent should be confined to one invention only , but the specification may contain more than one claim;

(h) the normal term of a patent is 16 years from its date; but in special circumstances, the term may be extended for a further period not exceeding 10 years;

(i) the continuance of a patent other than a patent of addition is subject to payment of certain renewal fees;

(j) the patentee can be compelled by the Government to grant licences in public interest;

(k) a patent can be revoked by the Controller, the Government or the High Court, in certain circumstances.

Currently, it takes around 21- 25 months to get a patent registration. Such delay in getting the registration is mainly due to inadequate staff in the Patent Office. Given the current boom in the field of IT and biotechnology, there would be an influx of applications for patent registration. Unless the patent office is properly equipped with sufficiently qualified staff, the business community would suffer irreparable loss.

(This article is a segment of author’s research on “INTELLECTUAL PROPERTY LAWS IN BANGLADESH: CURRENT STATUS WITH PROBLEMS AND FUTURE DEVELOPMENT” for the degree of MASTER OF PHILOSOPHY, Under International Culture University. This article is published for educational purpose only, plagiarism is strictly prohibited)