We are very concerned about our rights. We talk about our rights all the time, we demand it, we earn it. What if I say there is a right that you know, you consider it as an established one but you never thought about it from a different angle.

Let’s understand it by solving a problem. Let’s think you have every single right but at the end of your life you became dependent on others, living a life of kindness or in pain, the pain that you can’t tolerate and in your mind, you have only one thought to end these sufferings by ending your life. How do you evaluate your rights then? have you ever thought about it?

Let’s see what you can do in such a situation:

Be a law-abiding citizen

In the first case, your pains will so intolerable that you’re dear once will feel it. Your families economic position will come down abruptly and at the end, you might be homeless and treatment less too.

In the second scenario, if you are not dead by then, you may have to face a fair(!) trial under section 309 The Penal Code, 1860 as you attempted to commit suicide. Congratulations, you are a criminal now, and for that crime(!) you could be punished with imprisonment up to one year, or fine, or both; Nice isn’t it?

Ok, now let’s picture our last situation, that person who helped you to commit suicide on your request kill/ attempts to kill you might be charged under section 306 of the Penal Code and could be punished with imprisonment which may extend to ten years, and shall also be liable to fine. So, it is pretty clear that there is no easy way out of this situation. Why suicide is considered a crime?

Criminalization of suicide comes from a religious and historical perspective. Law has always been created and imposed by the ruling class, law by the people is a very recent development in the history of human civilization.

Basically criminalization of suicide helped those rules to keep their people alive no matter what condition they are in because those live people were assets for them in case of war and production, without those tenets they were powerless. Therefore in order to use them, it was essential to keep them alive and they did it with fear of punishment. They accomplish it in the name of supreme power  (God or messenger of God), the message was the power to give or take someones to life can only be decided by the supreme power.

Currently India, Bangladesh, Pakistan are following the age-old British colonial Penal Code of 1860, Interestingly some jurists tried to justify the provision of attempt to suicide as a defender of human life while the creator themself decriminalized suicide via “Suicide Act 1961” (UK) and most of the developed country did the same.

In this era of Human Rights and self-governance, our Right to life also includes right to end the life according to our own wish when justifiable. During the 19th and 20th century some rights are review from a new perspective and people wanted more personal control over their life. The liberal thoughts were more prevailing over the conservative belief.  Now it is widely accepted that a person should have the liberty over his body and life, this liberty should not be interrupted unless it harms any other person or the state.

Right to life and Article 32 of the Bangladesh Constitution

Our constitution gave us the right to life and personal liberty in Article 32. This right to life doesn’t only mean protection from an individual, it also means protection from states arbitrary power and any law which violates the basic needs to possess a human life cannot stand as a law; with this thought in mind section, 309 of Penal code, 1860 can be questioned. It can be argued that section, 309 of Penal code by its nature violates the right to life of a person. Therefore It could be said that being contrary to the fundamental rights mentioned in our constitution it should be omitted under Article 26 of the constitution of Bangladesh.

Now, a question may come “What are we talking about?” Is it that I want suicide to be legal? Well, that answer might be “Yes” from me from a legal and technical viewpoint but the real point is; A man must have his right and control over his life and if he thinks it is necessary to end his life in his own way, that must be heard and permitted by proper authority. This authority might be a court, medical board, board of specialized person or a bench of experts of all matter related to the man. This demand might look vague in our ineptitude legal system but it is something that total Right is. In a single term, it is called Euthanasia. All most all upright countries accept Euthanasia in their legal framework as respect for human life and we should respect human life likewise. 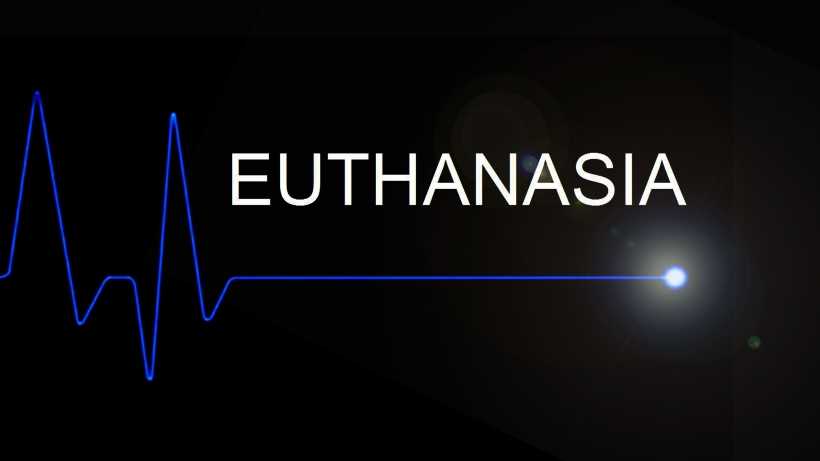 How to deal with the vulnerable

Often there is an artificial defence claimed when Section 309 is challenged; some officials say in the absence of Section 309 police might not be able to prevent the suicide. The interesting fact is police never prevent suicide nor they take any action by investigating the reason for a suicide attempt. They just arrest the victim himself for the crime they never committed.

Suicide is biological, psychological and social matter it can be detected prior to the commitment and it is very easy if there is a proper procedure. In developed countries there are mental health and suicide prevention laws and rules, there are certain procedures to be followed in order to mitigate the suicide attempt, there is no need of a section like 309 (Penal code).

In our country, we can adopt new law or add supplementary provisions to our existing mental health law so that we can get early warning and solve the problem before the attempt of suicide. Moreover, if we do this the data collected from the people could contribute to understanding our social structure and interaction with careful study.

If you are finding my point difficult I welcome you to watch you the movie Guzaarish (2010) and read this article, may be little visualization may help you to understand the thoughts of this article.