treasury of Ethiopia at that time Haily Selassie was the emperor of Ethiopia. As a result of this loan contract between the defendant company and the Director-General of Posts, Telegraphs and Telephones of Ethiopia, a sum of money become due from the Cable & Wireless co.  ltd. to the public revenues of Ethiopia. 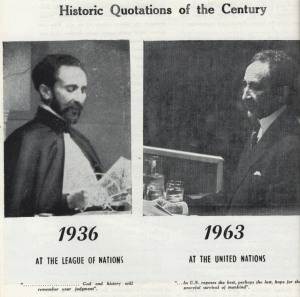 In 1936, Italy attacked Ethiopia and established it’s command over the Ethiopian territory. Meanwhile, Haily Selassie sued against Cable & Wireless co.  ltd. It must be noted that at that time the de jure recognition of the United Kingdom was on behalf of Haily Selassie.

On this issue the Cable & Wireless co. ltd. claimed that Italy the de facto government of Ethiopia, therefore, Haily Selassie does not have the right to claim that money, only Italy can claim that money.

On this dispute, the court of first instance decided that although Ethiopia was overrun by Italy, the emperor of Ethiopia Haile Selassie as the recognized de jure sovereign, still possessed the right to sue for the money although Italy was recognized as de facto power.

After such judgment, the defendants appealed and while the appeal was pending, Great Britain granted de jure recognition to the occupying force of Italy as emperor of Ethiopia.

The court of appeal allowed the appeal and dismissed the claim holding that Heile Selassie is no longer the de jure government or de jure sovereign of Ethiopia and therefore, his claim had to be dismissed.

It was found that after the appeal the UK government provided de jure recognition to Italy as the government of Ethiopia for political reason and thus Italy became the recognized government of  Ethiopia. Generally, this recognition of government comes with the retrospective effect and therefore the right of succession dated back to the date of the de facto recognition of the king of Haley as sovereign of Ethiopia to the second half of the due 1936.

Since de facto recognition took place before the issue of the writ court (on January 4, 1938) the plaintiff’s claim fails and had to be dismissed.