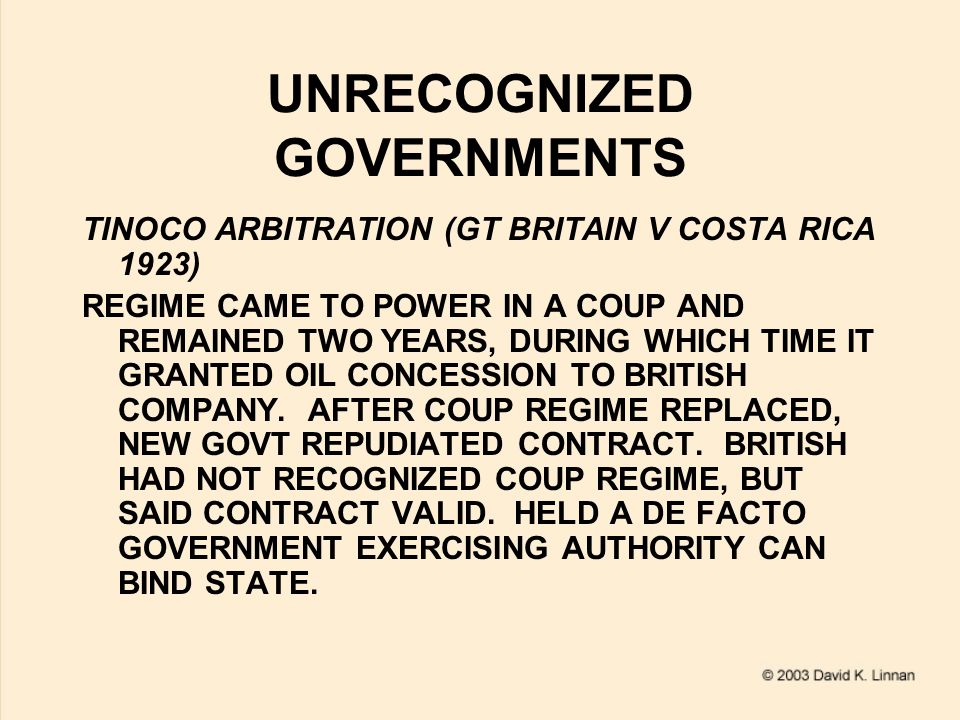 Issue: Does non-recognition of a new government by other governments destroy the de facto status of the government?

Decision:  government that establishes itself and maintains a peaceful de facto administration need not to conform to previous constitution and non-recognition of the govt. by other govt.’s does not destroy the de facto status of the govt.

Reasoning: The evidence of non-recognition did not outweigh the evidence of the de facto status of the Tinoco regime. Unrecognized governments thus may have the power to form valid contracts.